I don’t normally fan-boy all over the place, but LOOK AT THIS MOTORCYCLE!!! 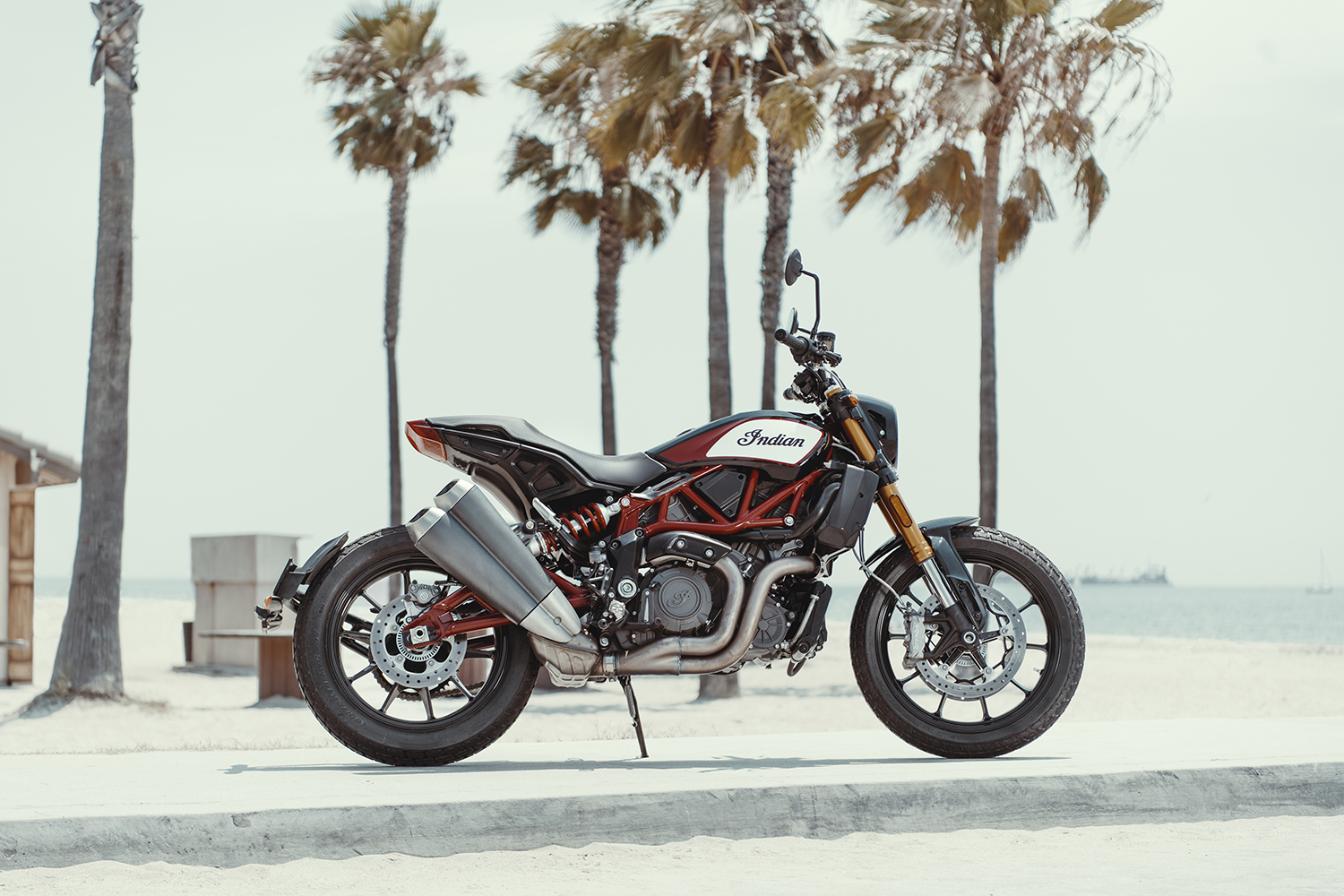 I know it’s a large picture, BUT LOOK AT THIS MOTORCYCLE!! 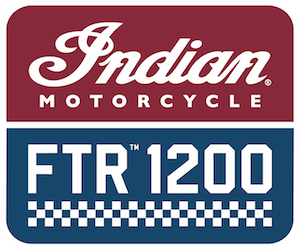 The two trim levels share the same basic specs:  DOHC, 4-valve 1203cc liquid-cooled engine with a 6-speed wet transmission and a multi-plate, power-assisted, race-inspired slipper clutch.  Indian is claiming 120 horsepower at 8250 rpm and 85 ft-lbs of torque at 6000 rpm.  The fuel tank holds 3.4 gallons of 91+ octane (recommended) fuel.  Brembo brake calipers front & rear, and a 488-pound dry weight.  Stock tires are Dunlop DT3-R Radials, with a 120/70R19 up front and a 150/80R18 on the rear cast wheel.  Final drive is via 116-link chain, and both bikes have electronic cruise control. 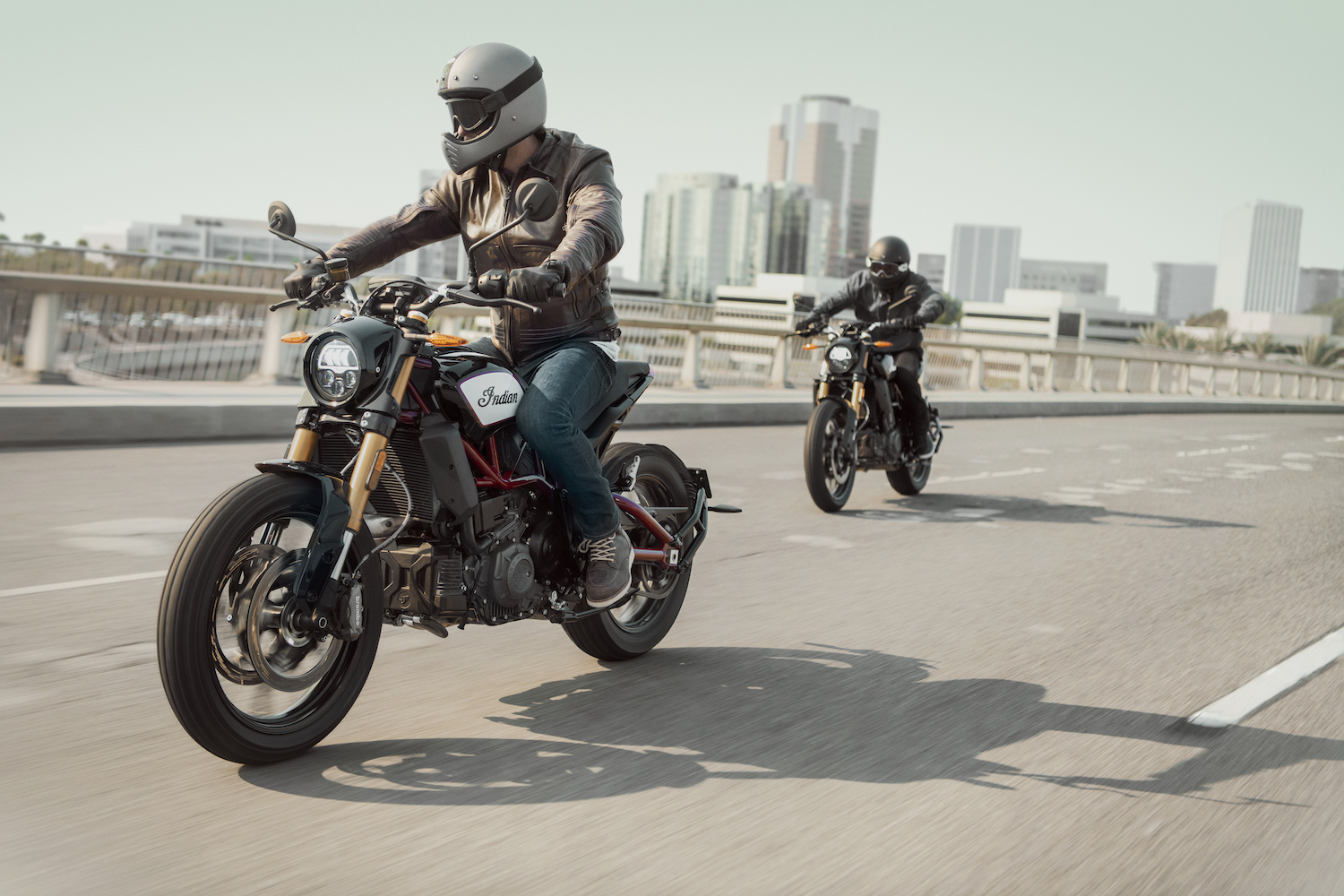 The 1200 S also has lean-capable (and defeatable) anti-lock brakes and traction control, and the brakes are not integrated.  This probably represents the price difference more than the paint job, but the $1,000 premium for the Race Replica’s red frame is a big hit.  Another big difference in the price comes from the large, bright TFT “Ride Command” display on the 1200 S; it’s a touchscreen, but the rider can maneuver through the functions from controls on the handlebar..  The 1200 gets a standard dial-type speedometer with an LCD inset and a semi-circle of idiot lights for the rider – not to mention a USB fast charger port. Ride Command features both Bluetooth connectability and a USB fast charger for those who can’t live without their smartphones being connected to their motorcycle. Slick LED headlights brighten up the road ahead of you, and traction control and wheelie mitigation to round out the electronic safety package.  Lastly, 1200 S riders can choose between three ride modes, the industry standard Sport, Standard and Rain selections.

Like the FTR 750, what looks like the fuel tank is actually an airbox cover.  The fuel tank is under the seat, which will lower the center of gravity to make the bike that much more controllable.

Availability was announced as “spring of 2019,” but could easily slip to summer based on a million different things.  Until then, enjoy the photos!

(This information was gathered from Indian’s press release, so YMMV. Specs can change, as can prices. Please don’t be cranky if something changes!)