(adapted and expanded from Episode 102)

Harley-Davidson is undergoing some big changes, we all know this. Whether you ride a Harley or not, we should all be paying attention to what Harley is doing and more importantly, how successful they are. Not only is Harley an American institution – and an iconic one at that – they are one of the largest motorcycle manufacturing companies in the Western Hemisphere. We all know the Japanese and Indian builders – and especially the Japanese builders in India – make more bikes than anybody else, that’s why I said Western Hemisphere. 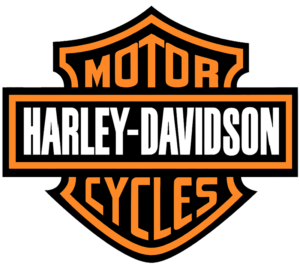 Harley sold over 218,000 motorcycles in 2019, just over half of them in the United States.  To compare, BMW sold over 175,000 (less than 10% in the US); KTM’s parent company, which also owns Husqvarna and Gas Gas, sold over 280,000. We don’t know how many motorcycles Indian sold because Polaris refuses to provide those numbers in their annual reports. Triumph sold about 56,000 bikes and Ducati about 53,000 in 2019, and everybody else you can think of that builds primarily in the West sold less than that. Unlike most motorcycle companies, Harley has a limited number of models under 1000 CC, and none under 500 at all.

Another thing we all know is motorcycle sales in 2020 have been affected by the global pandemic. There was a dip early on, followed by a rise as people decided riding a motorcycle counted as social distancing. As a result, most manufacturers are doing slightly better in 2020 than they did in 2019, but we won’t know for sure for several weeks if not a few months, as nobody publishes their annual reports on January 2.

The third thing we know is motorcycle sales have been trending down the last few years and are still WAY down from what they were in the heady days before we went into a global recession 12 years ago. Even before that, Harley was declining slightly year over year, having peaked with nearly 350,000 motorcycles sold in 2006, and they weren’t that much different than the rest of the industry, at least in the Western countries, where motorcycling is considered a hobby rather than a necessity.

I would argue this with you and have been without a car since mid-October, so unless I can borrow a car from a family member or neighbor, I’m two wheels only for the time being. Motorcycling is obviously not a hobby for me.

By now you’re probably wondering what my point is – and it’s this: Harley has to do something or they’re going to struggle, wallow and eventually fail.  Not only would such a course of events be devastating for American motorcyclists, but it would serve as a harbinger of doom for the large motorcycle industry in general. OK, maybe not doom but certainly severe distress. On the whole, it wouldn’t be a massive disruption of the US economy – after all, in the big picture, Harley is not a massive company like Berkshire Hathaway, Amazon, Walmart, Apple or ExxonMobil.  As a matter of fact, Harley fell out of the Fortune 500 this year, but they were only ranked at 492 last year, so that’s how many companies in the US are bigger than they are.

Because I ride an Indian, I’ve joined a number of online groups devoted to the marque, and within those communities seems to exist a decidedly anti-Harley echo chamber. I’m not sure where the derision comes from – ride your ride, buy the bike you like, and support your fellow riders no matter what they ride.

What I’ve seen lately in some of these groups is particular animosity towards the Pan America, Harley’s adventure bike due out in the first quarter of 2021.

They say “The Pan America is ugly!”  I say pretty much all adventure bikes except the KTM 990 Adventure and current Honda Africa Twin are ugly.  My BMW R 1200 GS is one of the ugliest motorcycles I’ve ever owned – but I don’t ride it for its looks, I ride it for its utility and performance. If I wanted a beautiful bike, I’d ride something like a Ducati sport bike or an Indian FTR 1200 S like the one pictured here ([koff]). Regular listeners of the podcast will get that, the rest of you have some old episodes to catch up on 😉

So yeah, the Pan America is ugly.  That’s because it’s meant to be a utilitarian motorcycle, one ridden both on and off road, geared towards performance rather than looks. Harley has built plenty of beautiful motorcycles, they don’t need to do that with the Pan America. They need it to be functional and tough.

They say “The Pan America will be too expensive!”  Rumors are emerging a base model Pan America will cost about $17,000.  Expect that level to come without anything adventure riders want, like ABS, traction control and hard cases. Maybe I’m kidding about the ABS, but still. Nobody is cheaper than an adventure rider except maybe a vintage BMW rider, so of course there will be complaining about the price. They were going to complain about it no matter what. I expect a fully kitted-out Pan America to sell for somewhere between $20-25,000, because it will have to to be competitive with the elephant in the room, the class-leading BMW R 1250 GS and GS Adventure.

Harley would be crazy to price the Pan America higher than the current GS flagship, but you’re probably saying to yourself “They did that with the LiveWire, didn’t they?” They kind of did, but in Harley’s defense, there isn’t anything out there which compares to the LiveWire. There are other electric motorcycles, of course, and Zero sells a lot of them, but I would argue from a looks, performance (at least in a straight line) and heritage standpoint, nothing in Zero’s lineup is at the same level as the LiveWire. Once Harley gets the bike’s range-per-charge extended, it could well be the best mass-produced electric motorcycle on the market, and they priced it based on that perspective.

At any rate, it does look like the Pan America will be competitively priced, so we can eliminate that concern from the list of complaints.

They say “The Pan America will be underpowered like all Harleys!” Harley says the Pan America, with its brand-new liquid-cooled 1250 CC engine, will put out 145 horsepower and have something like 90 pound-feet of torque. This is comparable to the current BMW 1250 and KTM 1290 engines, and I’d bet Harley is soft-pedaling those figures a bit to err on the side of caution. The bike will not be underpowered.

They say “Harley is a cruiser company! What are they doing?”  OK, now we’re getting to the heart of the argument.

The thing people are really opposing is Harley stepping out of its lane. If you listen to most riders, Harley should stick to building heavy cruisers, land yachts dripping with chrome marketed to aging, wealthy weekend riders. People can’t seem to wrap their heads around the idea of Harley making an upright bike aimed at a younger, less affluent subset of riders. We could get into a discussion of how the perception of the “average” Harley rider being an aged Boomer on the verge of giving up his keys is inaccurate, but that’s a topic for another post.

group seems willing to embrace the idea of an adventure bike built by Harley-Davidson.

The core of what will be Harley’s primary difficulty in selling the Pan America is that they are fighting two distinct cultures, each with its ingrained traditions, beliefs and biases. And assholes, let’s not forget both the Hardcore Harley-Davidson and Hardcore ADV rider segments have their share of flat-out dicks who think their way is the only way and no other thing shall ever be allowed.

The committed base of Harley cruiser riders can’t imagine themselves on an adventure bike. The committed base of adventure riders can’t imagine themselves on a Harley. To sell 14,000 units in the first year of production (equalling what I think is the best year of V-Rod sales), Harley is going to have to engage in the equivalent of a full-court press on the motorcycling public, finding new ways to appeal to them with a brand-new bike and more importantly, to break down the cultural barriers they face in both the HHD and HADV segments. This is where it will benefit us all to have an open mind.

If you ride a Harley, loosen up just a bit and take a test ride on a Pan America. I know the V-Rod didn’t sell in big numbers; it looks like the biggest year they had in the 17-year life of the bike was about 14,000 units sold. That wasn’t because it was a bad motorcycle, it’s because these same Harley riders were too intent on their chosen culture than improving performance and reducing emissions, so they decided a liquid-cooled cruiser designed by Porsche wasn’t worth their time. If you ever rode one, you’d have been sold, though, because they are amazing motorcycles. Chances are dedicated cruiser riders won’t love any adventure bike, but you’d think the least the Harley faithful would do is support the company that makes the bikes they ride. At least you won’t just be dissing other riders because they wear “space suits” when they ride.

If you ride an adventure bike, loosen up just a bit and take a test ride on a Pan America. At least then you can say you hate it because you rode it and compare it to whatever bike you currently ride and found it lacking in comparison. If you do that, your criticisms will have an air of authority to them, and you will come across as educated rather than just some jerk throwing shade at Harley because “pirate outfits.”

Harley is hosting an online launch event for their 2021 line-up on January 19, and you should sign up to attend the event and see the Pan America for yourself.  It looks like film star Jason Momoa will be part of the festivities, so if nothing else you’ll have some eye candy besides the motorcycles to look at. 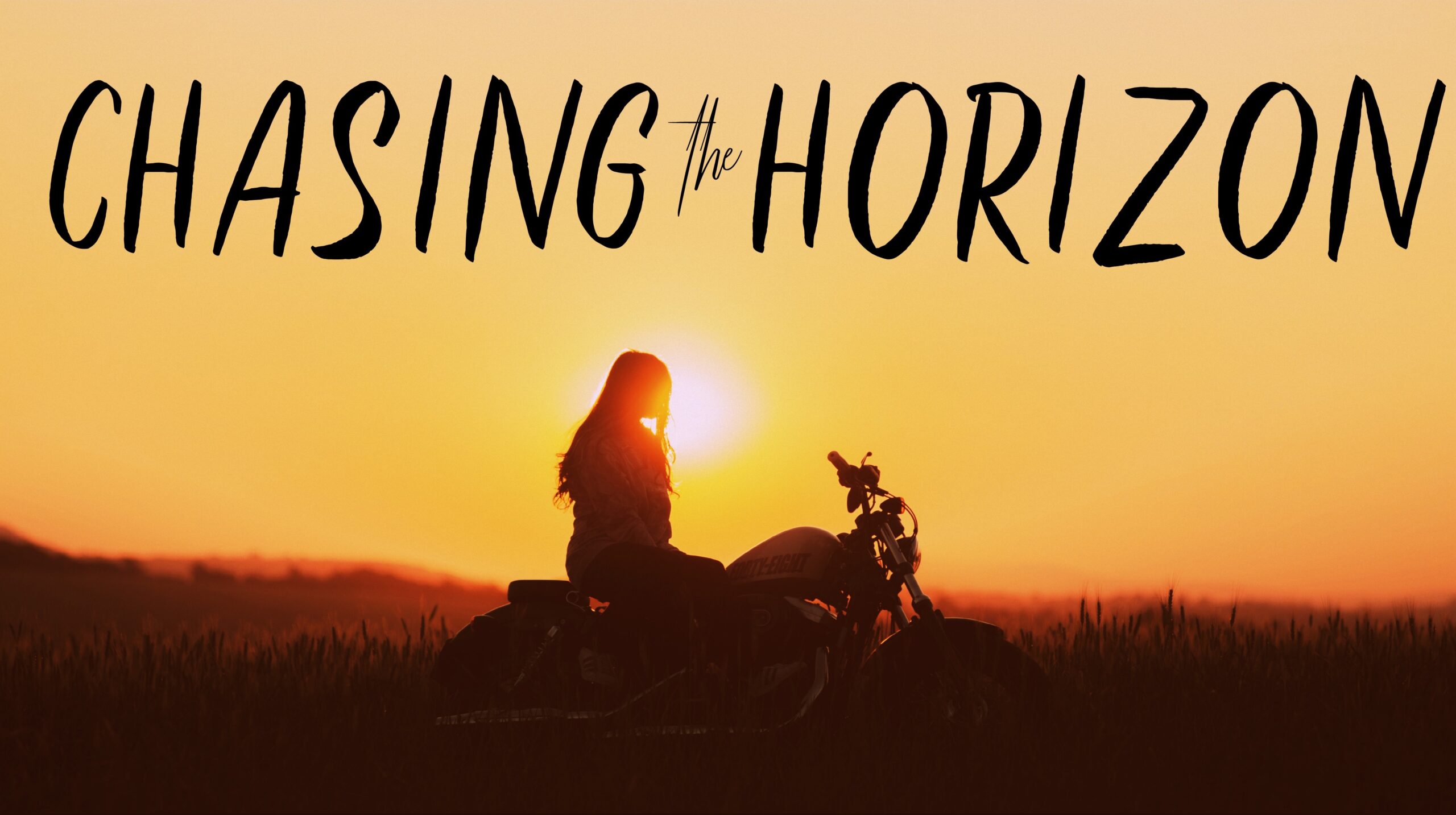