Before we begin, we have this, because you haven't experienced enough cute today. 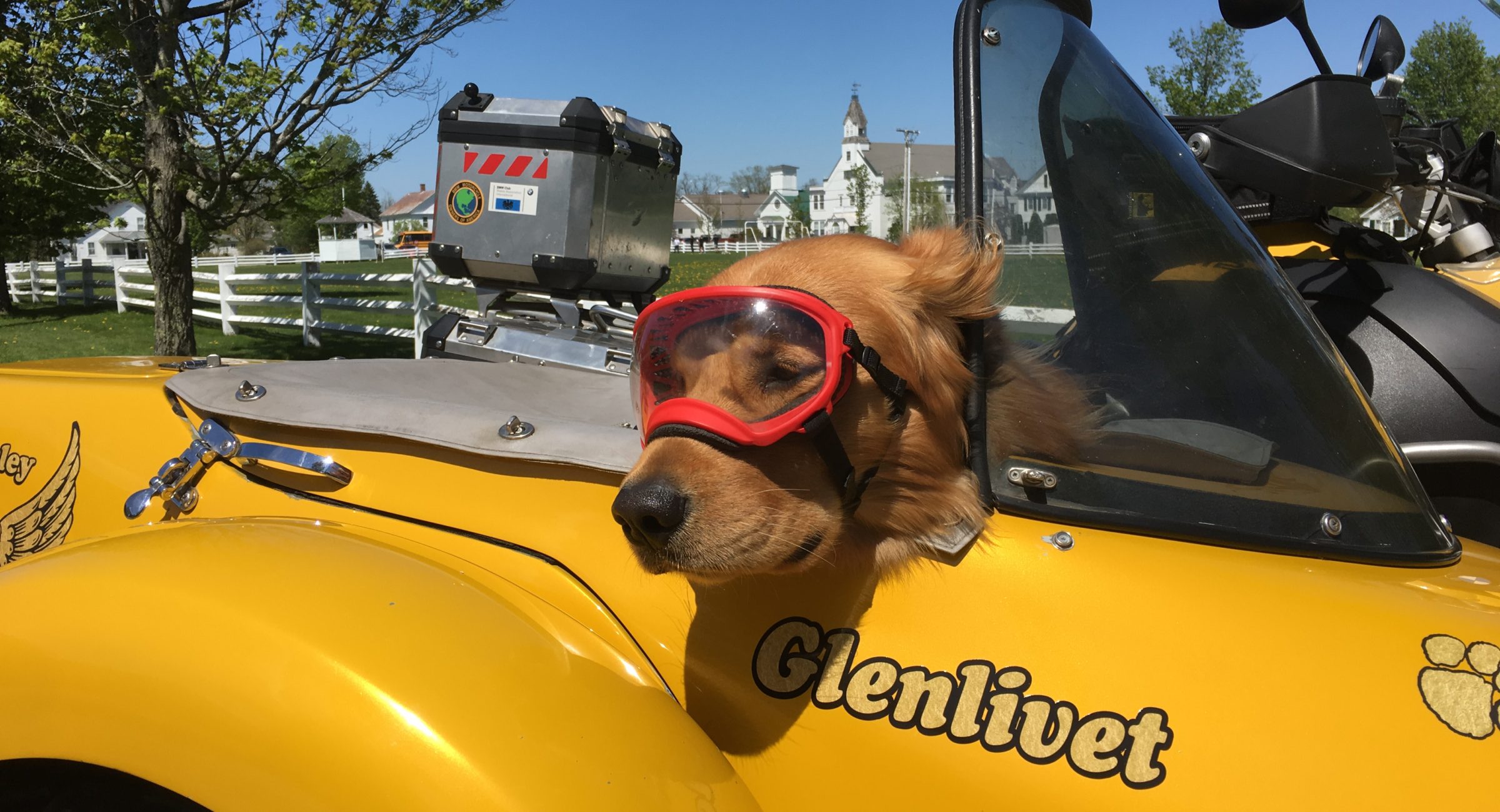 As you might surmise from the name on the sidecar, that is Glenlivet, or Gilly to his human, Peter Burke. Gilly is Peter's service dog and constant companion, one of a menagerie of pets that live with Peter and his wife in rural Vermont. 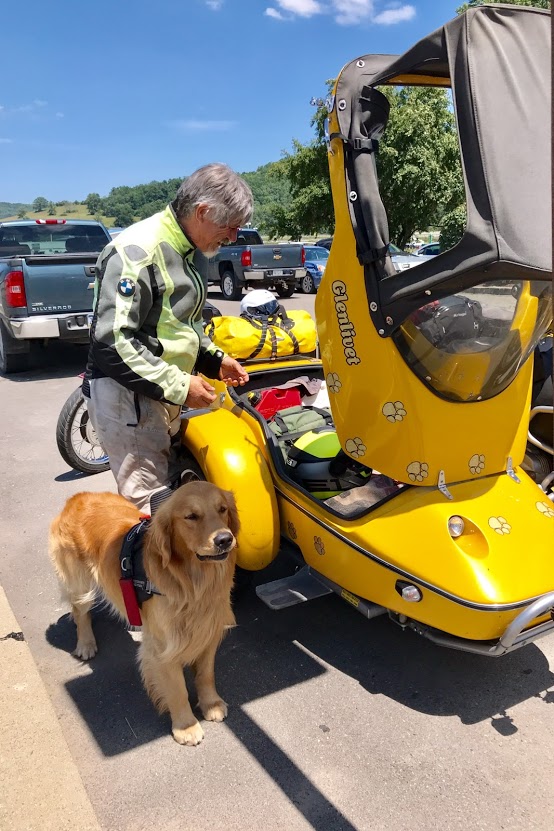 (If you've never been to Vermont, trust me - that's not much of a descriptor. Most people who live in Vermont seem to live in rural Vermont. With the snow. SO MUCH SNOW!)

I don't want you thinking there's nothing to this episode but me and a talking dog - after all, we know dogs don't speak English. I wanted to talk to Glenlivet, but we have a language barrier. I talked to Peter instead during last year's MOA Rally in Des Moines, Iowa, and we had a great time.  As a sidecar driver myself, I have long been curious about the logistics of travelling by sidecar with a canine companion.

(Previous CTH guest Eric Ristau - from Episode 20 - made a documentary called Sit Stay Ride: The Story of America's Sidecar Dogsin 2015. Check it out - it's fantastic even if Peter and Glenlivet weren't in it. Sit Stay Ride 2 is currently in production.)

Peter was a fun guest, and Glenlivet was quite well-behaved in the midst of all those people. It was Gilly's first major expedition - I'd tell you more about how that came to be, but what you don't find out from this episode, you can discover on Peter's website, Travels With Barley.

At any rate, you can check out Peter's episode by listening below. (The photos here of Peter and Glenlivet together were taken by Linda Stager.)

This episode marks a new chapter in the progression of Chasing the Horizon. Back in Episode 36, you met Scott Correy and Liz Howe, Oregonian riders who joined me to discuss what we experienced at AIMExpo 2018 in Las Vegas.  Scott joined me for the news segment on that episode, and we've kept in touch since with an eye towards finding a way for him to join us on the show on something of a regular basis. Scott went to The One Moto Show in Portland recently, and while there he ran into Kevin Murray, CEO of Velomacchi. Scott's quick chat with Kevin makes up the news segment of Episode 44, and we'll be featuring more formal interviews from Scott in the future as well.

(By the way, we're not leaving out Liz in case you're wondering. You can hear more from her on Episode 6 of 200 Miles Before Breakfast, our sister podcast on which all the guests are members of the BMW Motorcycle Owners of America.)

It was always my goal to make CTH something of an open-source project, crossing boundaries between print, web, audio and even video content.  My thanks go out to Scott for being willing to contribute!  Check out his website at OnlyTwoWheels.com. If you have an idea for something to contribute to the show, pitch me on it - drop me a message at podcast@bmwmoa.org with your idea and let's chat about it.

Ride safe, and we'll see you out there somewhere on the road - or off it!

(Note: I had to turn off commenting on this episode page. For some reason it has generated more spam comments in the last couple weeks than anything else I've ever encountered. If you have a comment about this episode or page, please use the contact form to let me know.)

2 thoughts on “Episode 44, in which we RRUFF! RUFF! RUFF!! with Peter Burke and Glenlivet”