When I first came up with the idea for this podcast, I sat down and made a list of 50 people I wanted to have on the show.

First I started with people I knew, or people that I knew of through friends – folks I thought would have good insight of fun stories to tell about motorcycling. I’ve had the pleasure of having three of those people on the show so far this season – Tina Venters, Evan Laing and Sam Manicom. 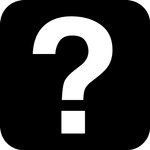 Then I wrote down the names of people in the industry, from tour company operators to stars on the race track – folks I thought would be interesting to talk to and would be able to give me and the listeners insights into things that happen outside our garages. Many of them loved the idea and agreed to be on the show. To date I’ve crossed seven of those folks off the list – Helge Pedersen, Paul Guillien, Al Jesse, Moira Zinn, Harold Cecil, Erik Stephens & Al Jesse. Two more, Robert Pandya and Rod Copes, will be on the show soon.

After that, I added the names of 10 celebrities to the list – people both hugely and not so hugely famous that ride motorcycles. I figured none of them would actually ever be on the show, but that a) it’s good to have dreams, and b) it never hurts to ask. The worst that could happen is they say no, right?

I’m excited to say I’ll be crossing one of those names off the list later this season.

Stay tuned … and thanks for listening!