Hi all – and welcome to summer! 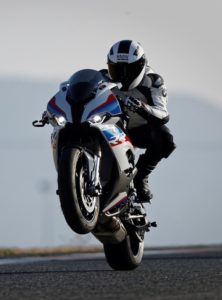 If you’ve been following along with Chasing the Horizon since before last summer, you know this is the busiest time of year for me, and that affects my production schedule. Last year, I put out about one episode a month in the summer and kicked Season 2 off in September 2018.

This year’s MOA Rally in Lebanon, Tennessee, was a big success, welcoming over 6,000 people to the area for a fun weekend. Over 800 people attended the rally for the first time! That took up the better part of …well, several weeks of my life, plus 8 days of actual in-person effort, and I’m still working on the wrap-up aspects of the rally. Next up in July and August are other motorcycle- and MOA-related trips, preparing for a class I’m teaching in the fall, and even spending time with my family. (Is it too early in this email to mention I want to spend as much time as possible riding that new Indian FTR 1200 S?)

To that end, I promise to give you at least one new episode a month in July and August, and Season 3 will kick off in September. There are big motorcycle events in September and October as well, and we’ll see what happens from there.

One thing you’ll no doubt notice is the short run time of this episode. The reason for that is – there’s no guest. That’s right, this is a news-only episode, an experiment in trying to fill the gaps between episodes when it is sometimes difficult to line up a guest and produce a full-length episode. Maybe it will work, maybe it won’t, but either way, you can tell me how you feel about it by sending an email to [email protected]. 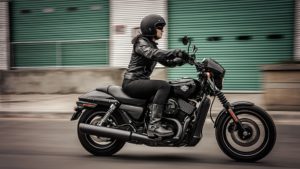 The News, then, gets a bit more in depth into a few stories than I’m usually able to do in an 8- or 10-minute news segment. It starts with news from the Mothership, BMW Motorrad, who felt the need to issue a recall of 340 brand-new S 1000 RRs and a stop-delivery order for the same model until they can get the crankcase oiling issues they discovered worked out.

You know there’s Harley news, but this time Harley is spelled K-T-M. It seems KTM has surpassed Harley’s raw unit sales numbers, becoming for the first time a motorcycle company (with its headquarters outside of Asia) has sold more motorcycles in a year than Harley-Davidson. Don’t worry, though, Harley still made a ton more money in 2018 than KTM did.

We can probably expect Harley’s unit sales numbers to start growing thanks to their Chinese-managed, India-built motorcycle, a 338 cc single-cylinder bike rumored to be called the Street 350. This is another in Harley’s recent business moves to sustain the company and return it to a position of dominance in the industry.

I take some time to take MV Agusta to task for a beautifully made, yet out of time ad video for their Superveloce 800. (I feel compelled to add a NSFW warning should you choose to click on that link.) Listen to the episode, because I don’t want to rehash everything here. You can email me any comments. 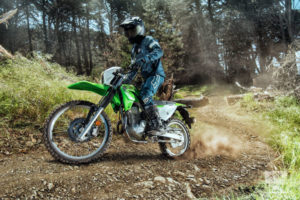 Kawasaki is putting out two cool new bikes – a lightless trail bike (KLX 300 R) and a tiny dual sport (KLX 230). Big Green is going after the thumper market, and if they keep up this kind of good work, they’re going to succeed in helping to build the next generation or two of motorcycle riders.

You may have heard that journalist Davey Johnson went missing while on a motorcycle trip. Unfortunately, our worst fears were realized on Friday, June 21, when he was found, having drowned in the Mokelumne River in California. Johnson was 43 years old and leaves behind his girlfriend, Jaclyn Trop, and legions of fans of his writing. Check out this fantastic article he wrote about taking a vintage Mercedes on an extended road trip.

Last but not least – electric news! Ireland has enacted a ban on the sales of new gas- and diesel-powered vehicles starting in 2030. They’ll follow this up in 2045 with an effective ban on the ownership of any such vehicle made after 2035, effectively eliminating the presence of fossil fuel-powered vehicles from their country.

Like many of you who listen to the show, the first thing I thought of when I read about this ban was Episode 20, in which we talk to filmmaker Eric Ristau and his collaborator, Neil Olson. In that episode, we spoke about their new project, The Last Motorcycle on Earth. Since then, they have completed a rough cut of the first installment, which I was fortunate enough to be able to watch. The idea that the governments that cover this planet could enact outright bans on motorcycle ownership or use is thoroughly chilling – yet that is effectively what Ireland plans to do (and yes, not just motorcycles, but ALL traditional vehicles).