When I set up an interview with somebody I’ve never met in person before, I like to do some research. It helps me figure out questions to ask, but more importantly, it gives me a little background information on who they are, what they do and how they do it. There are many ways to research these things, but it quite often starts with a quick Google search. 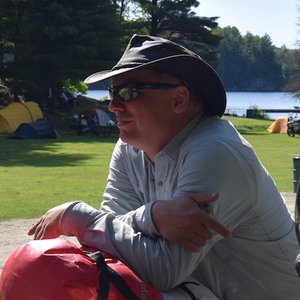 I stumbled across Andrew Pain on social media, and since I have wanted to have a photographer on the show, I reached out to him to see if he was interested in being a guest. He was, of course, or I wouldn’t be writing this post. I planned my questions about motorcycles (“how’d you get started?”) and cameras (“how do you store photo gear on a bike?”) and thought I was ready.

Within the first five minutes of our conversation, I threw out most of my questions and went along for the ride. Andrew absolutely mesmerized me with his story, and though I’m pleased that I remembered to steer the conversation to photo gear at one point, I learned more about the importance of perseverance and commitment to one’s self than anything else. Suffice it to say that the conversation goes much deeper than Andrew’s penchant for small-displacement motorcycles and his renewed love for using film.

This episode runs nearly 70 minutes, and as a result I cut out a couple of news items and a self-referential plug at the end of the show. I’ve included the links to the cut news items below, just so you’d know what I intended to talk about.

The response to the podcast has been … I don’t want to say overwhelming, because I’m not overwhelmed (nor am I underwhelmed … I am sufficiently whelmed), but it has been more (better) than I imagined it would be. In my wildest dreams back when I first came up with the podcast idea, I figured a few hundred people might listen to an episode or two (or three) and that would be it. It would become something I did for 10 or 20 episodes as an experiment in thought and discussion, and that would be that. 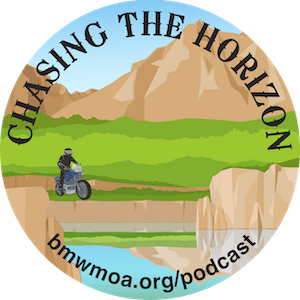 It’s not just you listeners and fans that have responded positively (and keep those emails & suggestions coming!). Guests have responded positively as well, and I’ve been able to ride a small wave of word-of-mouth recommendations that have encouraged people to agree to talk to me and be on the show.  I always planned to end Season One after the second May episode, to take June and July off (more on that below), and start Season Two in August. Last week, I found myself with more confirmed guests than I had episodes, and I didn’t want to make anybody wait until Q3 to get their episode out.

To make sure I still get to take June and July off as planned, I’m going to run FOUR episodes in May – one every Monday in the month. That will push S1 to 24 episodes, and I think you’re going to like the extra discussions that are coming. After this episode (Andrew Pain), I’ll have a filmmaker & his leading man (Eric Ristau & Neil Olson) for the last episode in April, and May will feature a real-live, honest-to-goodness oil expert, a Dakar Rally finisher, a psychologist (we’ll dispense with that “you never see a motorcycle parked outside a psychologist’s office” myth) and one of my best friends, a video blogger who picked up motorcycling a couple of years ago and has some great insights about what he’s learned in that time. It’s going to a fantastic way to close out this unbelievably successful first season.

Episode 20 will be out on 30 April and will feature a discussion with Eric Ristau and Neil Olson. Eric is a filmmaker (The Best Bar in America, Sit Stay Ride: The Story of America’s Sidecar Dogs) working on a new series called The Last Motorcycle on Earth. Neil is his frequent collaborator and the star of Last Motorcycle.