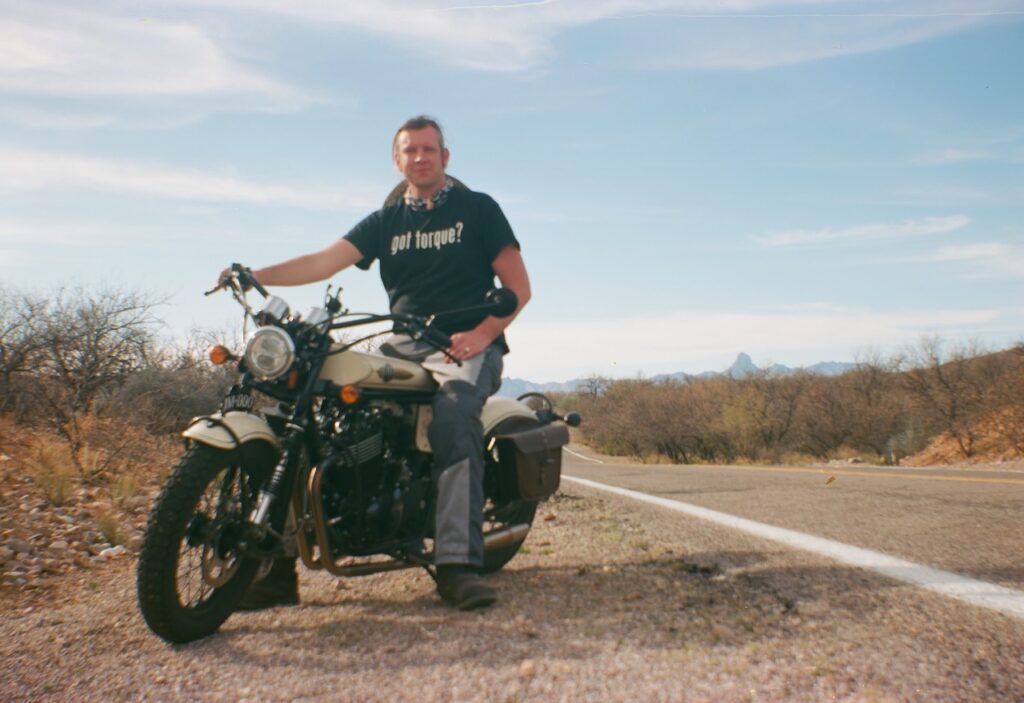 After coming across a news item about a brand-new, single-cylinder, small-batch motorcycle called the Halcyon 450, I decided I had to know more. Richard Worsham, co-founder of Janus Motorcycles, was more than happy to discuss his company’s motorcycles with me, and we really dug down into how a small motorcycle business runs. The discussion about supply chain and logistics concerns was particularly fascinating! Seriously!

Check out Janus on the web at janusmotorcycles.com.

(By the way, Richard isn’t just old-fashioned about motorcycles. The photo here was taken with an old Brownie film camera! It seems fitting given the styling of the Halcyon, after all.)

The news kicks off with a new study from Oxford Economics showing how much motorcycles benefit the economy and atmosphere of Europe. You can download the full report from Oxford if you like. In more news from Europe, we’ll likely see rules changes in MotoGP (at least in Moto3) following the death of 15-year-old Dean Berta Viñales in a multi-bike crash, but unlike the folks at Pikes Peak, MotoGP isn’t looking to ban motorcycle racing. 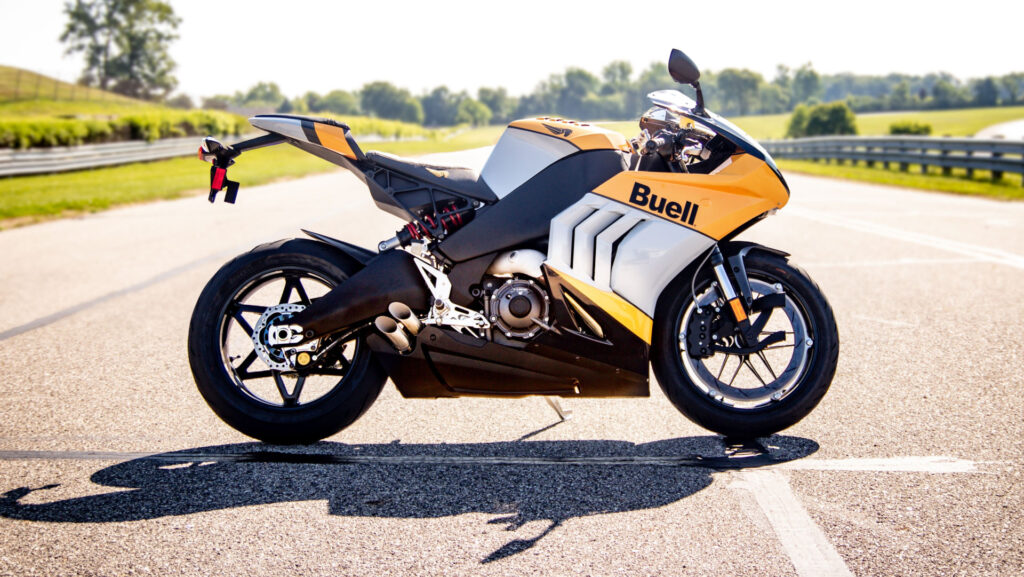 Buell is back, even if the company isn’t being run by the actual guy named Buell. Their first motorcycle – the Hammerhead 1190 – is expected to be available starting from 1 November 2021. Ducati is coming out with a series of six model reveal videos; the series will culminate in early December with the Desert X.

If you live in Scotland (and probably the rest of the UK) you can get a dropped helmet checked out to find out if it really is too damaged to use thanks to The Helmet Inspection Company. For those of you in California, it’s probably time to pay attention to the CARB’s move to restrict or even ban the use of dirt bikes produced from 2022.

For electric motorcycle news, we catch up with Damon Motorcycles ($40 million in preorders for the Hypersport) and CAKE ($60 million funding round). Don’t forget our discussion with Damon founder Jay Giraud, and follow up with webBikeWorld’s interview with Giraud just last month.

Thanks to webBikeWorld for funneling news our way, and be sure to check out their website for the latest motorcycle news and in-depth product reviews.

Since we don’t have a Patreon page for you to visit, the easiest way to support Chasing the Horizon is by joining the BMW Motorcycle Owners of America. Digital memberships are $39 a year and traditional memberships are $49 a year; each come with a wide range of member benefits, including access (digital or in your mailbox) to BMW Owners News, the MOA’s monthly magazine. You also get access to one of the best roadside assistance programs for motorcycles available (sorry, only applies to the US), become eligible for a $250 motorcycle training scholarship every year, up to $750 off a new BMW motorcycle, discount tickets to great events and much, much more!