As we rapidly approach the end of the first quarter, I don’t know about you, but I’m super excited to see if the various motorcycle manufacturers can keep their momentum up and capitalize on what appears to be a renewed interest in motorcycling during the global pandemic.

Until those quarterly reports come out next month, well, we’ll just have to settle for some news on the newest episode of Chasing the Horizon, a podcast by, for and about motorcyclists brought to you by the BMW Motorcycle Owners of America and webBikeWorld. 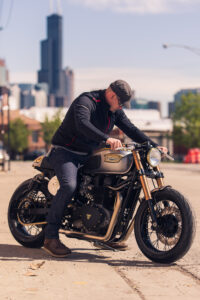 Our guest in Episode 108 is Tony Prust (pronounced like rust), the builder behind Analog Motorcycles, as well as Analog Motor Goods, a parts line stemming from his custom builds and discovering a market for his small-batch manufactured goods.

Tony said something which jumped out and stuck with me during our conversation, “Stock is for Walmart shelves.” This more than anything else seems to be what drives him forward, so be sure to check out our discussion, which also touches on Tony’s role as a Twisted Throttle ambassador. 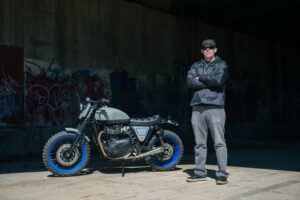 There are a lot of pieces out there on the internet about Tony’s builds, including his Ducati Super Scrambler, award-winning BMW R 90/6 and a cool Royal Enfield Continental GT he did.

The news is kind of academic this time around, looking at a couple of studies, one of which I found while researching this new law allowing lane filtering in Montana. A French study about filtering increasing the number of crashes among riders might put a damper on your excitement about being able to legally filter now in three US states. You can read the study itself if you can read French.

We’re taking a break from Harley-Davidson for a couple of episodes – as long as nothing big happens – and in 108 we throw some light over to Royal Enfield, whose Meteor 350 nabbed a Bike of the Year award in India. The company also enjoyed a nice sales bump in February, thanks in no small part to the new Meteor. 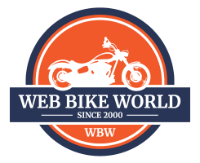 Electric motorcycle news is back, thanks to a four-company conglomerate taking on swappable batteries as a way to increase market penetration of electric two-wheelers. We also take a look at a study in the UK showing about half of riders are willing to consider switching to electric motorcycles.

The easiest and best way to support Chasing the Horizon is by joining the BMW Motorcycle Owners of America. Digital memberships are $39 a year and traditional memberships are $49 a year; each come with a wide range of member benefits, including access (digital or in your mailbox) to BMW Owners News, the MOA’s monthly magazine. You also get access to one of the best roadside assistance programs for motorcycles available (sorry, only applies to the US), become eligible for a $250 motorcycle training scholarship every year, up to $750 off a new BMW motorcycle and much, much more. Join today!