When I logged in to write this email, I realized I never sent the email for Episode 8.  Shame on me!  Due to that egregious oversight, I’ll include the E8-specific links in this email and apologize profusely to Polly Pierce for failing to follow through on promoting her episode.

By the way – because of you and people just like you, Chasing the Horizon has been listened to nearly 9,000 times – and 10,000 listens isn’t far off – or is that aren’t far off? No matter.  I want to offer my sincerest, most heartfelt thanks to everybody who listens to the podcast even once.  It’s a labor of love and I can’t express how grateful I am to have the opportunity to speak to you on a regular basis. 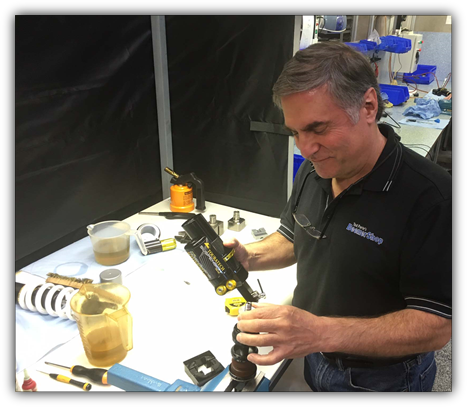 Episode 9 is out now and it features a pared-down news section followed by my discussion with Ted Porter of the Beemershop.  This episode is perhaps the most BMW-centric of all of them so far, as the Beemershop does provide parts & service primarily for BMW motorcycles. However, some of their services cross marque boundaries – for example, they sell, service and rebuild shocks, which nearly all motorcycles have.  At any rate, Ted’s an interesting person and businessman, so even if you don’t ride a BMW, it’s an interesting discussion.

The news featured in this episode has to do with MotoGP and World Superbike, motorcycle racing’s premiere international circuits.  I promised links to their 2018 schedules, and here they are: 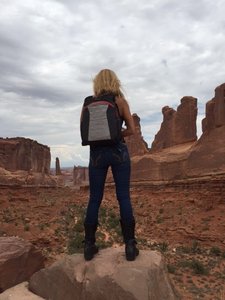 Also mentioned in the news portion of this episode is information about KTM, Triumph and a certain British royal figure.  Links for more information on those topics and other things mentioned in Episode 9 (and 8) are right …here!
You can subscribe to Chasing the Horizon in iTunes or stream/download the podcast’s episodes from this here website.  Thanks to everybody who listens and everybody that’s joined the mailing list!

Episode 8, in which we talk to Polly Pierce, brand ambassador & product tester for Moto Chic (13 Nov 17)