Experts say 75% of all podcasts perish at about seven episodes. As I say in EPISODE 100 OF CHASING THE HORIZON, I know exactly who I have to thank for the success and longevity of Chasing the Horizon: my family, friends, coworkers, guests and especially YOU! THANK YOU FOR LISTENING! 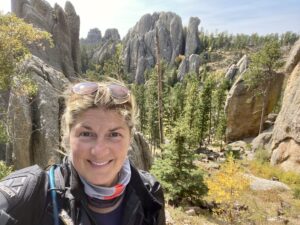 Michelle Lamphere is from South Dakota, and she even lived in the heart of American motorcycling, the town of Sturgis, for a while. She had a rocky start in her motorcycling life, but two wheels stuck to her soul, and she’s been one of us for a long time.

Michelle is one of those folks who doesn’t just ride, she rides, and she wants you to ride as well – especially if you’re a woman. As president of the US chapter of the Women’s International Motorcycle Association and one of the key organizers behind the Women Riders World Relay, Michelle isn’t just out there riding her KLR 650 to Ushuaia and back. We both encourage you to get your female riding friends to join WIMA and pay attention to the WRWR, because they’ll be running that relay again soon.

Episode 100, y’all! Just had to say it again. This is when I remembered I never emailed you about Episode 99, which was a fantastic trip through racing in the 1970s and ’80s with Vincent Hill, whose episode is up on the Chasing the Horizon website.

In the news for Episode 100, we take a peek at Ride.Vision, a startup which recently raised $7 million to power the AI-driven alert system they say will prevent collisions between motorcycles and other vehicles. Watch for an upcoming episode featuring a discussion with Ride.Vision’s CEO to talk more about their technology.

Harley-Davidson, as always, looms large on the motorcycle industry’s horizon and they’re in this episode for three things: ending their factory-backed race teams in AFT and NHRA, the fact that now you can order your very own Harley pedal-assist electric bicycle (the company selling them is called Serial 1, not Harley-Davidson, by the way), and giving away 500 free passes to their Riding Academy.

To nominate one of your non-riding friends, post a photo of your favorite Harley motorcycle to Twitter or Instagram, tag the other person and include #GiftofRiding #Giveaway. If they win, they get the class (a $250 value) and a $200 gift card from Harley – you get a $100 gift card as well. Good luck!

Yamaha sadly announced the end of the street version of the popular YZF-R6, but said it will be replaced – at least in Europe – by the non-homologated, track-only R6 Race.

Another Indian company (Mahindra Group) is resurrecting another venerable – and previously bankrupted – British marque. No, it’s not Royal Enfield, they’re doing fine. It’s not Norton, either, though we haven’t heard anything about that process lately. This time it’s BSA, and the new owner (Anand Mahindra) has said he plans to offer electric BSA motorcycles by the end of 2021 – along with gas-powered ones, too. After all, he didn’t become a billionaire by being stupid. 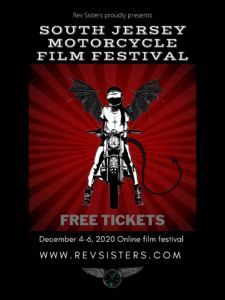 Before I sign off, I want to clue you into a fun opportunity. The 2020 South Jersey Motorcycle Film Festival runs from December 4-6 (+ to the 13th), 2020. RevSisters is proud to host this online film festival for motorcycle fans and share a crazy cool collection of films that you can enjoy from the comfort of your own home. Register today at RevSisters.com for a free weekend ticket, or buy a 10-day pass if you need more time to enjoy the films. Make some popcorn and get comfy for some fantastic movie watching with the South Jersey Motorcycle Film Festival!

Please take the time to visit the BMW Motorcycle Owners of America and consider joining to help keep Chasing the Horizon going. Another option: If you’re a BMW rider (or BMW curious) and have never been an MOA member before, drop me an email to podcast@bmwmoa.org and I’ll enter you into a drawing for a free one-year membership (US residents only – sorry). I’m giving away not one but TWO memberships in both November AND December – you could be a lucky winner! 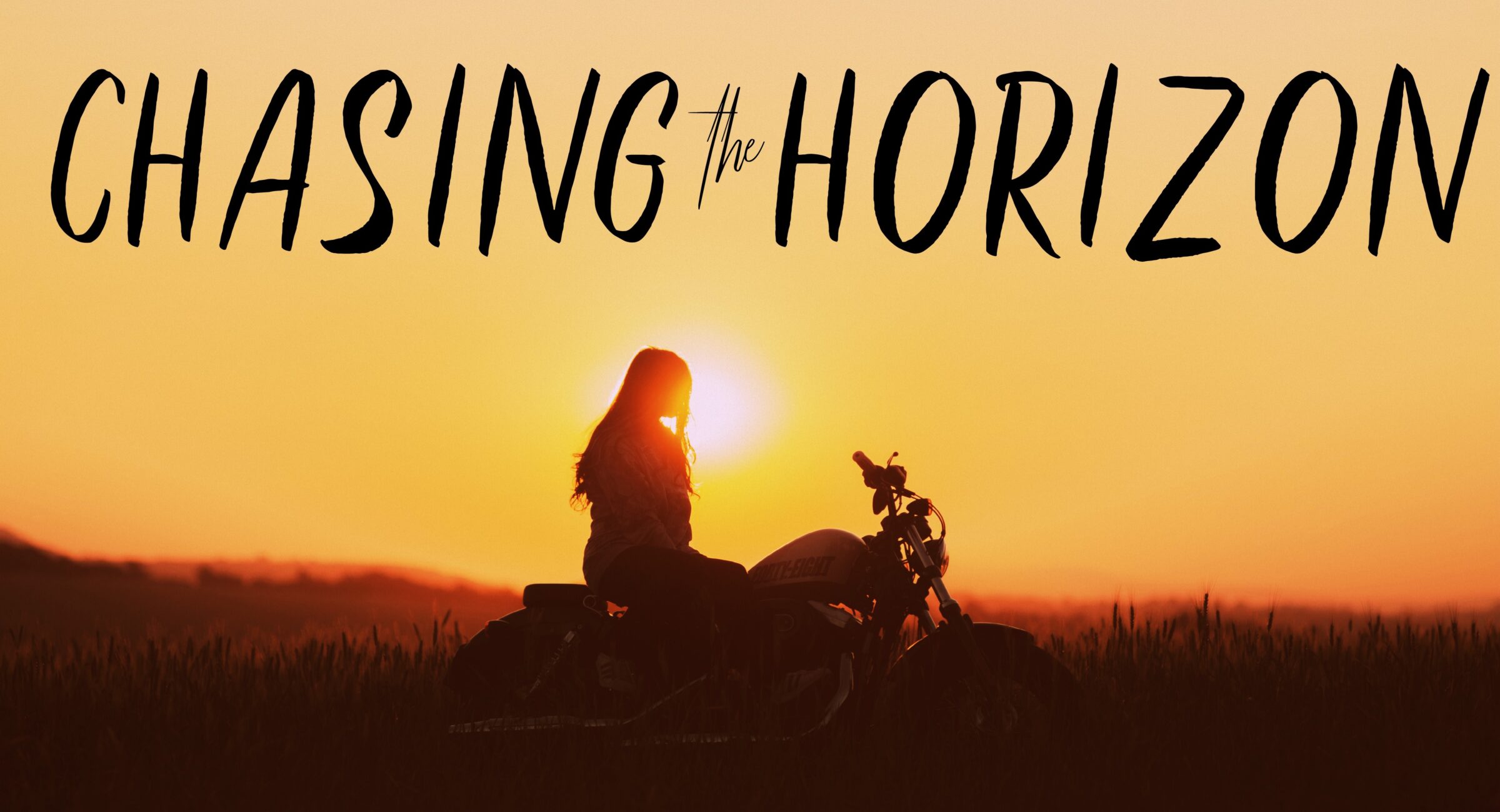