A couple of years ago, my guest (and friend) from Episode 24, Scott Auld, came to the AIMExpo in Orlando, Florida. While he was there, he introduced me to Steve Grasso and told me about Steve’s podcast, the Café Racer Podcast – which wasn’t really about café racers but apparently used to be. As a result of that introduction, I started listening to motorcycle-related podcasts and in a big way, that day led to this one.

The format of the Café Racer Podcast is different than Chasing the Horizon. CRP consists primarily of the two hosts, Steve and Crash (I think his real name is Chris), talking about motorcycles, motorcycling, motorcyclists and pretty much whatever else crosses their minds. Crash’s wife (or girlfriend, I forget which now) joins them sometimes, as do other folks they know. Between them, they have a ton of motorcycle knowledge and the show is always entertaining.

Crash is in the US Navy, and he was recently deployed overseas on a hospital ship. In his absence, Steve asked me if I might like to be a guest on his show, and of course I said yes. Scott joined us as well and we talked about a lot of stuff, including where podcasting fits into the world of motorcycle content creation. The whole thing streamed live on the CRP YouTube channel, and you can check it out here. I didn’t know it was going to be livestreamed, so as you can see I’m basically sitting in the dark. I apologize for that, and I promise next time we do that I’ll put a lamp on that desk so I’m illuminated by more than just my computer screen.

Please check out the Café Racer Podcast and subscribe if you enjoy it. I can tell you from personal experience it’s a great listen as you’re driving 1,100 miles from Des Moines, Iowa, to Richmond, Virginia, with your nused KTM 990 Adventure in the back of a rented Dodge Ram pickup truck. I’m telling you, Illinois and Indiana flew by.

Don’t forget to check out Amenmoto, Scott’s video podcast, which has its own channel on YouTube. You can also check out Nicht Uber Max, which is the MOA’s YouTube channel dedicated to tech videos about BMW motorcycles – and soon, KTMs too. Why KTMs? Because I’m the one who posts the videos, that’s why!

By the way, Scott and I got rightly called out after Episode 24 by a fan of Chasing the Horizon who is what we call an “intentional scooterist.” I replied to the listener via email, and Scott made a video reply. I also suddenly remembered that I know a rider who loves scooters and has even ridden one in the Iron Butt Rally. I’m going to have Hammy (that’s his name) on the show, quite possibly for a June episode, as soon as he gets home from his most recent across-the-country-and-back scooter trip.

Thanks again for continuing to listen to and support motorcycle podcasting, especially Chasing the Horizon. Feel free to hit me up with guest suggestions for Season Two via email. 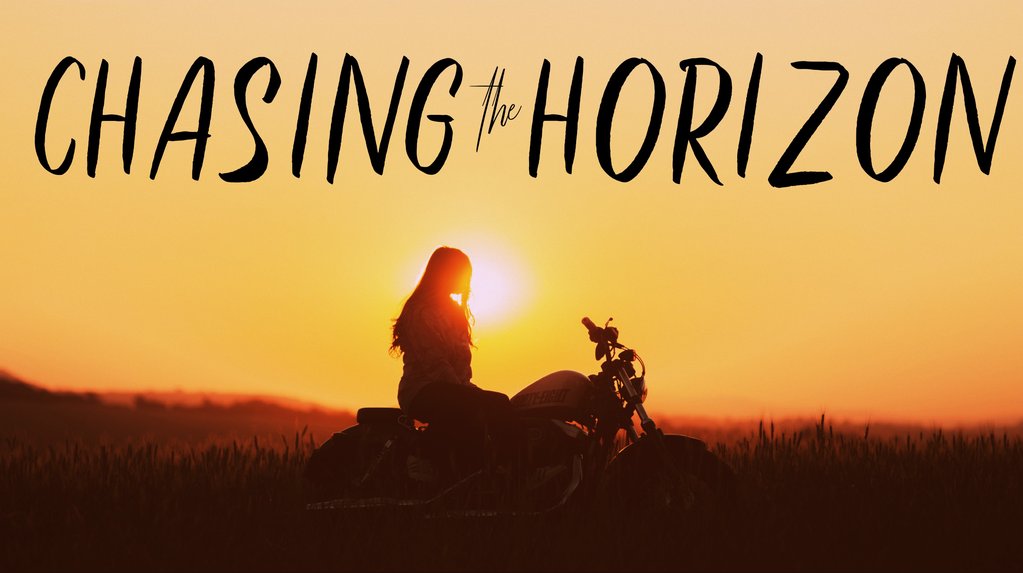